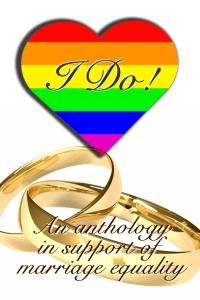 Josh Kemsley is mourning the death of his partner Sam. He goes to work, but doesn’t really speak to anyone about how he feels. Sam was his and even in death he doesn’t want to share him with anyone. No one really knows what to say to Josh anyway. After all, it wasn’t like losing a wife. Was it? The cell phone no longer buzzes with messages. There are no more soggy Post-It Notes in his tuna fish sandwich or emailed exploding balloons on his computer screen. Josh embraces the cold numbness that has enveloped him. He prays to the Snow Queen for snow and his prayers are answered. While walking in Regent’s Park the morning of London’s first snowfall, Josh meets Sean and his young daughter Bess. Josh and Sean get acquainted over a warming cup of coffee at the park’s café, later meet for drinks and then arrange a date for dinner. Although both Josh and Sean are in different places in their respective lives, they are both reticent to walk back into life’s fire.

The Snow Queen by Erastes is about the natural cycle of relationships – of union and of separation brought about by the loss of love, in this instance through the inevitability of death. It is also about mourning the loss of a life partner, enduring the pain, not wanting to let go and of facing the stark reality of having to live without him.

It is impeccably written and most beautiful in its melancholy and sorrow. With winter as the metaphor for, among others, death, she crafts a story that deftly captures Josh’s particular place of mourning – that cold emptiness and numbness that protectively blankets his overwhelming pain and his need to possessively hold on to this numbing cold, to be as Kay in Hans Christian Anderson’s Snow Queen with his iced-heart and frozen soul. The character of Sean also wears a protective blanket but his is of a different sort and yet in many respects both Josh and Sean are faced with similar decisions, whether to accept the circumstances of their respective lives and continue living.

On the surface, The Snow Queen is the simple story of a man who has lost his life partner and is mourning his death, and yet it so much more than this. Erastes’ intricate weaving of the Christian Anderson fairytale into the fabric of Josh’s story, whether as metaphor, symbol or image, provides for many layers, textures and meanings.

The character of Josh is written with such an intimate and tender hand that despite his yearning to become Kay, to not feel, the enormity and depth of his pain is palpable. Erastes writes this character with such eloquence that the narrative of Josh’s thoughts and feelings comprise some of the most beautiful passages in this story.

“It was cold that night, but it smelled like hope. I went to bed when I couldn’t stand the TV any longer and the phone sat accusing and neglected on the nightstand. My sheets were as cold as ever I remembered, the draught extreme, as it always was when the wind turned. The sash windows rocked against the buffeting wind and I found myself sitting up and leaning against the windowsill, looking into the heavens in the same way I did every year. My breath ghosted the glass and for a fraction of a second I imagined that I could feel Sam breathing just behind me, and that his fingers were moving soft and light on my shoulder the way he did before he kissed my neck. I didn’t look round; I tightened my grip on the windowsill and I prayed to my Queen for snow, and for Kay’s iced heart and for Kay’s frozen soul.”

I loved this short story in all of its layers and facets – its prose, imagery, symbolism, metaphors, characterization and dialogue. But above all I loved the honesty and integrity with which Josh’s story is told in all of its melancholy and sorrow because it recognizes and affirms that a relationship does not end when someone leaves or dies, and that for the one left behind the process of mourning the separation is as important, intimate and real a part of that relationship as was the reality of union, of being together.

The character of Josh remained with me long after I finished reading this story.

“I sat on the window seat and watched the snow, resting my arms on the sill, breathing gently on the window and making vapour pictures. I seemed to feel cool arms around me, gentle, never accusatory, like sweet bands of ice. ‘It was better this way,’ I could almost hear her say to me. ‘Better to stay frozen – the world out there has nothing but fire for you. This is where you belong.’ I felt complete for the first time in months as the snow slowly covered the window, one perfect and unique flake at a time. And I was Kay, at last.”

Twenty-one authors have donated their works through twenty stories to this anthology and all profits from the sale of I Do will be donated to the Lambda Legal Defense Fund to fight Proposition 8 in California in support of marriage equality for all.

I Do: An Anthology in Support of Marriage Equality edited by Kris Jacen is available in ebook format at MLR Press and at All Romance eBooks, and in print at Amazon.