It’s been a while since I’ve posted a Reading Round Up. This post, however, is slightly different from my periodic summaries of the books I’ve read and reviewed in that it is focused on reading and music.

Music has always been a very important aspect of my life, including my reading life, and as with books my tastes in music are varied and eclectic. There is almost always a connection between a story that I’m reading at any given time and a particular piece of music. It is the rare occasion when no musical piece comes to mind for a particular story. One of my favourite features of LiveJournal is the ability to list a specific song or music with each post. Something I have taken full advantage of over the years when posting or linking my book reviews there. 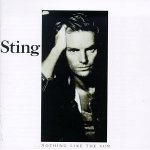 Authors sometimes provide the reader with ready-made musical soundtracks for their stories. One such book I recently reviewed is Kergan Edward-Stout’s deeply moving debut novel Songs for the New Depression (Circumspect Press, 2011). The title of the novel is taken from that of Bette Midler’s 1976 multi-artist compilation and each part of the book is thematically linked to a particular song from the album. One of the songs, Shiver Me Timbers by Tom Waits (The Heart of Saturday Night, 1974), captures the essence of the story and the main character’s journey. However, while reading this novel Sting’s Fragile (Nothing Like The Sun, 1987) kept playing in my head because it strongly resonates with one of the central messages of the novel – human fragility in all its facets – and is my personal addition to this novel’s soundtrack. 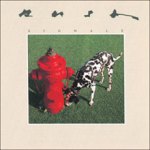 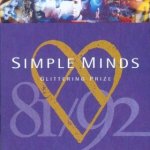 In other instances a song is mentioned in the story and therefore becomes an obvious association for the reader. A perfect example of this is the first book in John Goode’s Tales of Foster High series – Maybe With A Chance of Certainty (Dreamspinner Press, 2011) – a coming of age and coming out young adult romance. Kyle and Brad are gay, in the closet, both come from abusive homes and are trying to navigate their relationship amidst the scrutiny of their high school peers. Brad makes a passing reference in the story to a poster on Kyle’s bedroom wall of the John Hughes’ film classic The Breakfast Club, and the Simple Minds 1985 anthem Don’t You (Forget About Me) immediately becomes Kyle’s theme song and part of the soundtrack for the book and the series as a whole. When I think of Brad though, what comes to mind are the Rush lyrics “conform or be cast out” from Subdivisions (Signals, 1982). 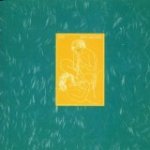 Sometimes the lyrics of a song have an obvious and direct correlation with the theme(s) of a story. This is certainly the case in my association of XTC’s Dear God (Skylarking, 1986) with Reno MacLeod and Jaye Valentine’s subversive futuristic erotic tale Sins of the Messiah (M&V Tailz, 2009); as well as Pearl Jam’s haunting Jeremy (Ten, 1991) with David Thyssen’s Painting by Numbers (Smashwords, 2010) a visceral account of an adolescent boy’s journeyed descent into mental and emotional hell and the devastating results. Other times a certain melody will evoke a similar emotion or mood as the story. This was very much the case in associating Pavane (Opus 50) by composer Gabriel Fauré, which I’ve always found to be a somewhat pensive piece, with Erastes’ poignant short story The Snow Queen, in I Do: An Anthology in Support of Marriage Equality (MLR Press, 2009).

Often, it’s not the entire song but a specific verse or refrain that captures a particular theme, or reminds me of a character in the story. Sting’s Fortress Around Your Heart (Dream of The Blue Turtles, 1985) immediately became Jake Riordan’s theme song while I was reading the fifth book in Josh Lanyon’s Adrien English Mysteries, The Dark Tide (Loose Id, 2009). What kept playing over and over like a loop in my head was the following verse: “…Had to stop in my tracks for fear of walking on the mines I’d laid.” This particular lyric brought to mind Jake’s self-deception and the ensuing poor life choices that he made throughout the series. Metaphorically speaking, many of his decisions did lay a number of (emotional) landmines for both himself and Adrien that literally and figuratively almost leveled the both of them.

Sometimes I associate a song with a particular book that on the surface has no obvious lyrical connection whatsoever to the story and/or characters and will likely make no sense to others, but makes perfect sense to me based on my interpretation of the story. A perfect example is my association of Robbie Robertson’s In The Blood (Contact from the Underworld of Redboy, 1997) with the first three books in the StarCrossed series (Demon Tailz, Opposite Ends of the Spectrum and Objects in the Mirror) by Reno MacLeod and Jaye Valentine (M&V Tailz, 2008-2010). I’ve always felt that the books in this series are not solely homoerotic tales but have social and political undercurrents that speak to society’s mistreatment of those who are different, or Other. Robertson’s In the Blood is a push back response to the destruction of Native American nations by colonization: “Yes I can stand up to your destruction, I won’t break, I won’t break.” My association of this particular song with the StarCrossed series rests with the plight of several of its central characters, otherworldly creatures that are all vastly different from, and are persecuted by, the dominant human society amongst which they live. For me the message of this song is: “who and what I am is in my blood; I won’t change; you can’t destroy me” and one particular character in the series that best personifies this message is demon Jace Barton. 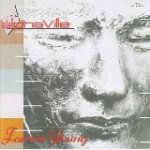 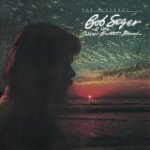 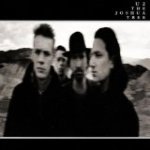 The story-song association is often so strong that music I’ve listened to for years has taken on an additional or entirely new meaning in direct relation to a book or character(s). For instance, I can no longer listen to Alphaville’s Forever Young (Forever Young, 1984) without immediately thinking of Allen Pasztory, the main character in Alex Jeffers’ Safe As Houses (Lethe, 2009); or Bob Seger’s Roll Me Away (The Distance, 1982) without picturing the character of Diehl on his journey and unvarying search for life’s possibilities in George Seaton’s Big Diehl: The Road Home (MLR Press, 2010). Jann Arden is one of my favourite singers/song-writers and I’ve been listening to her music since her first CD Time for Mercy was released in Canada in 1993. However, when I listen to her title cut (Time for Mercy) after having read Bryl R. Tyne’s The Zagzagel Diaries (Untread Reads Publishing, 2011) I now think of the main character in that series – the Angel Zagzagel.  David Bowie’s Cat People (Putting Out The Fire) from the soundtrack of the same movie immediately came to mind while reading Rick R. Reed’s eclectic mix of horror and erotica in Tales From The Sexual Underground (MLR Press, 2010); as did U2’s In God’s Country (The Joshua Tree, 1987) while reading Deserts Sons and Into This World We’re Thrown (iUniverse Star, 2001-2002) the gay coming of age classic by Mark Ian Kendrick. Finally, I usually bop around the living room whenever I listen to Queen’s, Crazy Little Thing Called Love (The Game, 1980) and now do so while also thinking about the stories in one of my favourite anthologies Fool For Love: New Gay Fiction by editors Timothy J. Lambert and R. D. Cochrane (Cleis Press, 2009).

Over the years I’ve realised that it’s almost a subconscious reflex on my part to associate a musical piece, whether lyric or melody or both, with a particular story and/or character(s). It is also my way of personalising the story regardless of whether there’s a level of resonance or connection with my own life experiences; I relate to a particular character or characters; or even when there are no commonalities between the story, characters and my own experiences. Ultimately, whether provided by the author or chosen by me, music only enhances my reading experience.

The inspiration for this entry was the process of writing my review of Songs for the New Depression by Kergan Edwards-Stout. Although I began drafting it a few weeks ago, the impetus to finally finish writing this post came by way of author John Goode, who recently posted a “list your favourite 80s songs” book giveaway contest on his Goodreads page in conjunction with the release of his third book in the Tales of Foster High series, Raise Your Glass (Dreamspinner Press, 2012). Many thanks to both authors.

4 thoughts on “Reading Round Up: Words and Music”