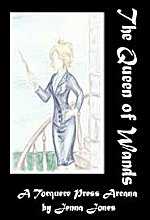 All of his adult life, J.T. Fogarty has worked to keep his vast, politically active family safe from scandal. When his late cousin’s son Charlie Tate returns to their hometown for the first time in twenty years, J.T. realizes there’s more to life than covering up other people’s mistakes. J.T. has dealt with his guilt about the accidental death of Charlie’s father by being the “cleaner” for his family, guided by his cousin Dilys. With Charlie back in her sphere of influence, Dilys intends to guide Charlie’s career, and his life, in the same way she has with so many others. However, J.T. is so taken with Charlie that he rebels against Dilys and takes Charlie under his wing, allowing himself to return the attraction Charlie feels for him. Can J.T. and Charlie move beyond the secrets in their past and find a way to stay true to each other?